How are the slab design moments determined using FE Analysis?

The output from the FE analysis of the FE shell mesh produces bending moments in two directions, x & y. These results are given in the forms listed below: 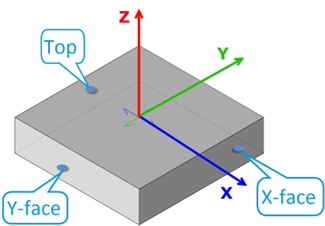 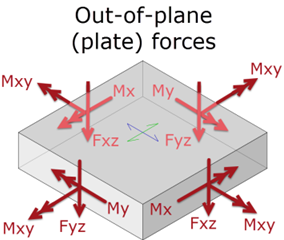 The diagrams were taken from the following support article, How do I interpret 2D Results (FE Contour Forces) and what are the Sign Conventions?

The design moments separate the moments in each direction into the top and bottom surfaces - i.e. moments that cause tension on these surfaces, and also include a component of the twisting moment, Mxy, resulting in the design Wood Armer moments. This produces 4 design moment contours:

Reference can be made to R.H.Wood – The reinforcement of slabs in accordance with a pre-determined field of moments”, Concrete, February 1968 for these calculations.

Why are the Wood Armer moments required?

Twisting moments Mxy (or M12 in plate theory) are real forces which exist in panels following Plate Theory (for more on this see https://en.wikipedia.org/wiki/Plate_theory).  Wood and Armer (see reference above) adjusted design moments is a method of accounting for the twisting effect which was  developed by two professors initially used to consider twisting for skewed bridge decks. This sort of adjustment being the most common which has since been adopted into standard industry practice. Since twisting may be significant, clearly it is not logical to ignore the twisting moments in design. Using Wood Armer moments is the method adopted in Tekla Structural Designer for doing so.

How are the design moments calculated?

This follows the same convention used in Tekla Structural Designer where a positive moment is one which produces tension on the Top surface . To calculate the top design moments upper and lower limits are required for each direction, in the calculations shown below, the limits in the x direction are taken as Mx1 and Mx2, similarly My1 and My2 in the y direction.

Both Mx1 and My1 are positive:

The top design moments are taken as:

Where Mx1 and My1 have different signs and Mx1 is positive, we know that Mdx,bot = 0. My2 is required to calculate the bottom design moment in the y direction.

The bottom design moments are taken as: 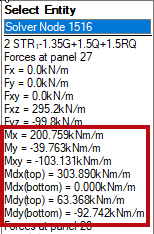