(N-1) rule for the number of pins to apply at a node where N members meet.

You must avoid redundant releases if any higher order forms of analysis are going to solve.  In fact this should be considered best-practice for all models and analysis types.

While First-Order Linear analysis can be (but is not guaranteed to be) forgiving of such modelling errors, all higher order forms - Non-linear, Second-Order, Buckling and Vibration are not. 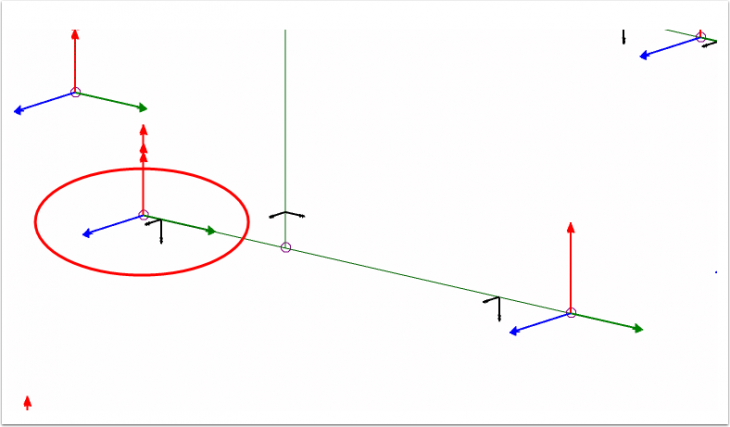 Instability at a beam end supported by a column

For example, at the intersection of beams and columns you cannot have BOTH pinned beams (no Mx or My fixity) AND pinned columns. At least one member must be fixed to the node to prevent the analysis node from spinning.

Always ensure you have observed everywhere the (N-1) rule for the number of pins to apply at a node where N members meet. We expect you already know this rule.

Think of the analysis model nodes as being ball bearings - if they are not restrained from spinning by something they will just spin freely. This means the rotational displacement is infinite and unknown. This is a local mechanism and must be avoided.

All nodes must be prevented from spinning freely either by the boundary conditions (supports) or by non-pinned connection to a member.