Planarize is a tool for moving nodes of selected entities into a target plane.

The Tekla Structural Designer Support Team occasionally see models with geometry issues such as entities that are very close to - but not quite - co-planar. Such small inconsistencies can cause issues with many operations, such as load decomposition and analysis, and should be avoided. Such issues rarely result from modeling directly in Tekla Structural Designer, but may more commonly occur for import of models with geometry issues from other applications.

Planarize can assist you in resolving these inconsistencies by allowing you to move nodes of not-quite co-planar entities into the ‘correct’ target plane, as selected by you.

To run Planarize, you right-click on the target grid line (the one on which entities are correctly modeled) in any view and select Planarize FRM <grid ref>

This identifies the target plane into which nodes can be moved, and opens the Planarize properties. 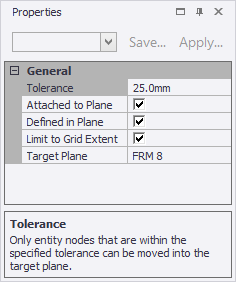 The properties enable you to:
In the 3D scene view, different colors are used to distinguish between entities attached to, close to, and defined in the plane. 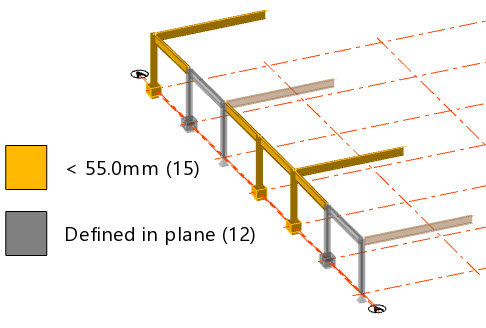 Note that adjacent nodes must lie within an adjacent zone around the plane. This zone (which vertically continues to the model extents) is illustrated in the figure below. 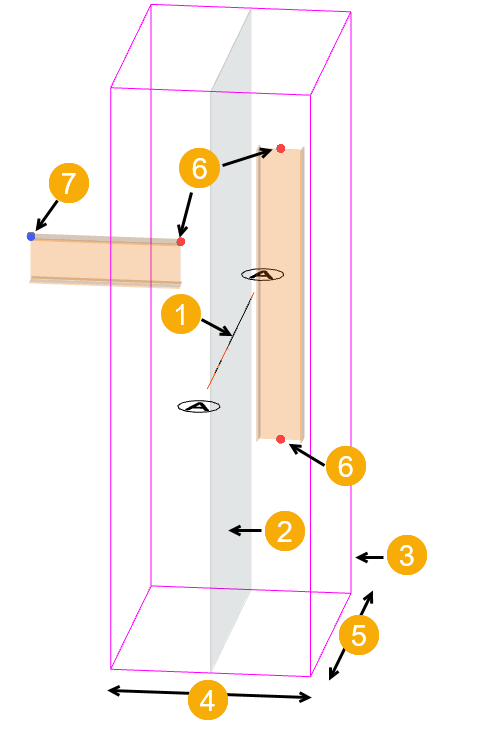 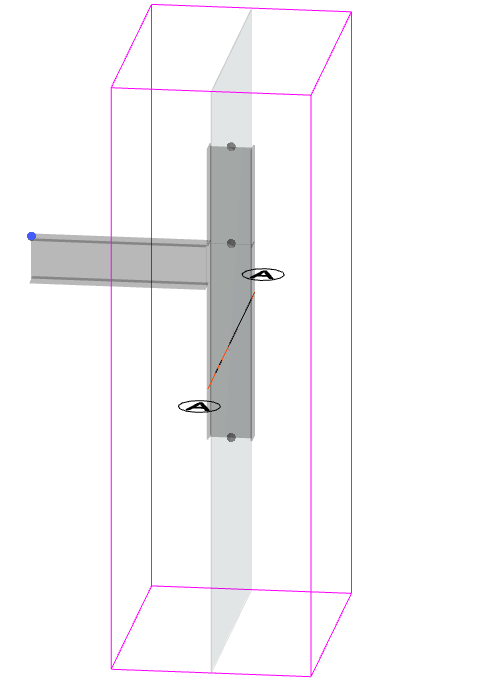 Note: An example illustrating the use of Planarize to resolve validation errors is available here.

Move nodes into the plane of a grid line

To do this, run Planarize from a 2D or 3D scene view:

Move nodes into the plane of a frame

To do this, run Planarize from the Project Workspace: