You can now have different versions of the same overlay model, and select which version is shown on top of the Tekla Structures model. You can also compare two versions of an overlay model to see which changes have been made.

A Versions section has been added at the bottom of the Trimble Connect - Models dialog box. Here, you can see all versions of the selected overlay model. The name of each version consists of the version number, the date and time when the version has been uploaded, and the creator of the version.

If the latest available version of an overlay model is not shown,

is shown next to the model name in the Trimble Connect - Models dialog box. The

symbol is also shown next to folders if the latest version of any overlay model in those folders is not shown.

To take the latest version of an overlay model into use, click

You can only compare two versions at a time. If you set a third model version visible by clicking

next to the model version, the oldest visible version is hidden automatically, and the comparison is updated to show the differences between the two visible versions.

The changes are shown as colors in the model. 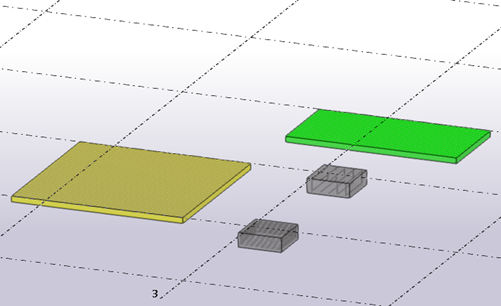 When you compare two model versions, you can:

Comparing changes between overlay model versions in other formats

When you compare overlay models in other formats, such as .dgn or .dwg, the model objects are color-coded according to the changes that have been made.

With the Components wireframe option:

With the Components rendered option: 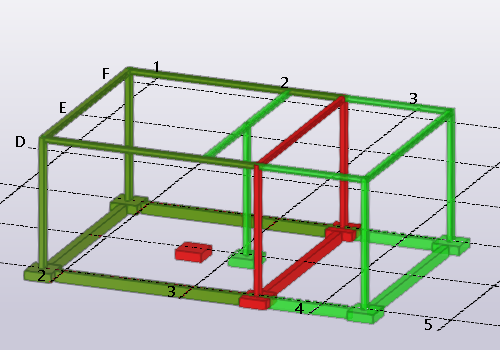 You can now create clip planes using overlay model objects. Use the Clip plane command on the View tab, or press Shift+X on the keyboard. For more information, see Create clip planes.

You can now select assemblies and sub-assemblies in overlay models. Remember to activate the

You can now inquire the properties of overlay model objects and assemblies. To do so, select an assembly or an object in an overlay model, right-click the object, and select Inquire.