A grid represents a three-dimensional complex of horizontal and vertical planes. The grid is shown on the view plane using dash-and-dot lines. You can create both rectangular and radial grids. Use grids as an aid in locating objects in a model. You can make rectangular grids and grid lines act magnetically so that the objects on the grid lines of a rectangular grid follow if you move the grid line. 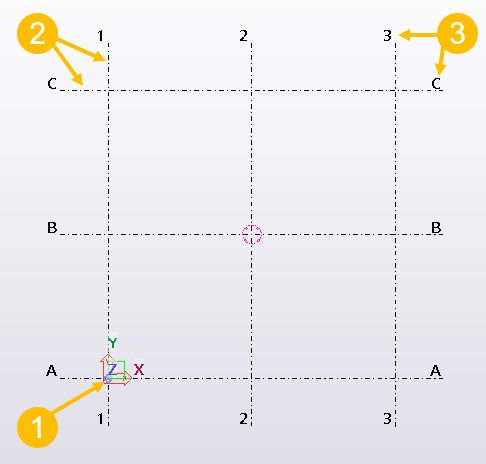 Several grids in one model

You can have more than one grid in a model. You can create a large-scale grid for the entire structure, and smaller grids for some detailed sections. Create as many grids as needed, so that you can easily place objects in your model. 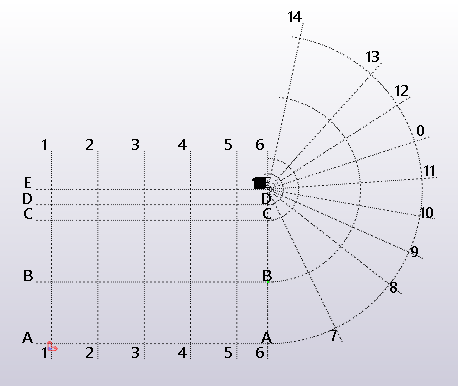 You can create single grid lines and attach them to an existing grid.

Single grid lines have handles. If the

Select grid line selection switch is active and you select a grid line, the handles appear in magenta. If you move the handles to make a skewed grid, you can do this only on the local XY plane of the grid. 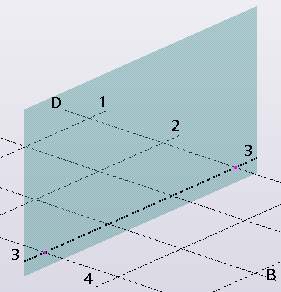 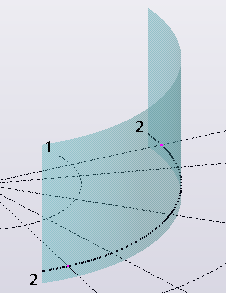