Tekla Structural Designer 2021 introduces Equipment Load Entities. These are similar in concept and operation to the recently added Line and Area Ancillaries, for more about which see the 2020 SP4 Release notes section New Line and Area Ancillaries Loading. They enable the definition of three dimensional objects for the purpose of load application for such items as retaining tanks, plant and machinery etc. While developed principally with industrial structures in mind, they may have wider application for tanks, plant etc acting on any type of structure. As shown in the picture below, since (like Ancillaries) they represent physical objects, they are applied via a new button added to the “Walls & Loading Objects” group of the Model tab of the Ribbon. They can be of three principal shapes; Cuboid, Cylinder (Vertical & Horizontal) and Sphere.

They are also fully considered and loaded by the New Open Structure Wind Loading - For detailed information about how loads are calculated and applied to them see the new Help Topic Open structure wind loads. 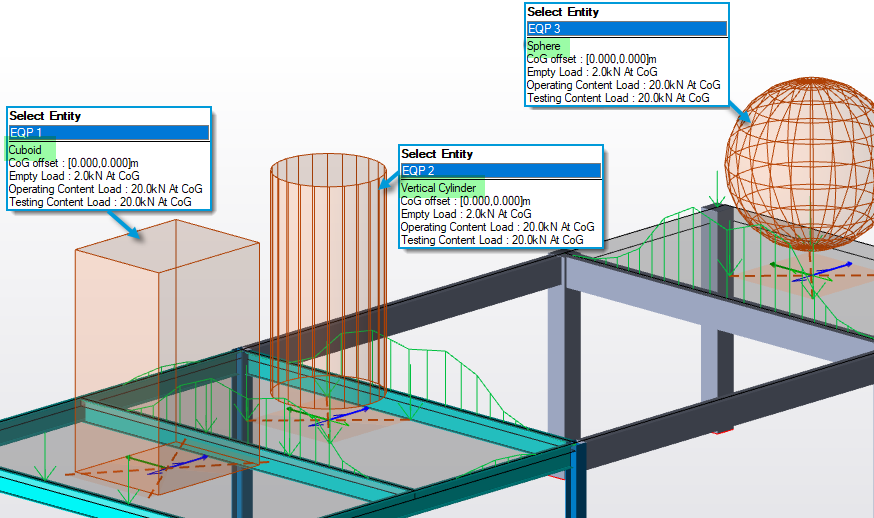 Key aspects of the new Equipment Loads are:

An additional setting in Global/ Model Settings > Loading > General controls the load Type for the Equipment Operating Content and Testing Content loadcases which can be set to either Dead or Imposed (similar to pipework ancillaries). 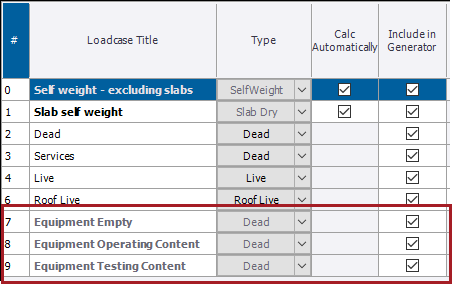 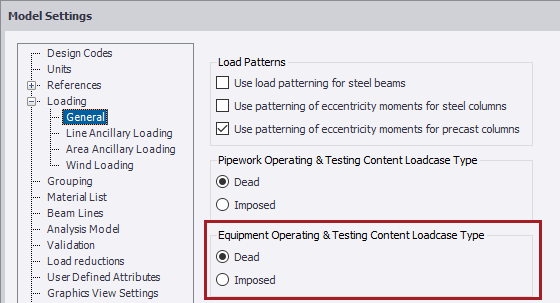