This new feature enables the definition of members which are required for load decomposition but that you do not wish to be considered otherwise by the analysis, nor to be designed, and is a companion feature to the new Line and Area Ancillaries feature described above. However it potentially has a considerably wider use and appeal for many types of structure, for example in defining staircases as shown in the second image below. For more information see the new Help topic Inactive members. 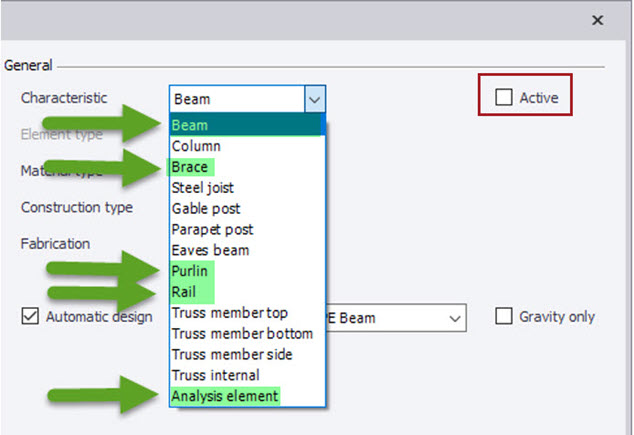 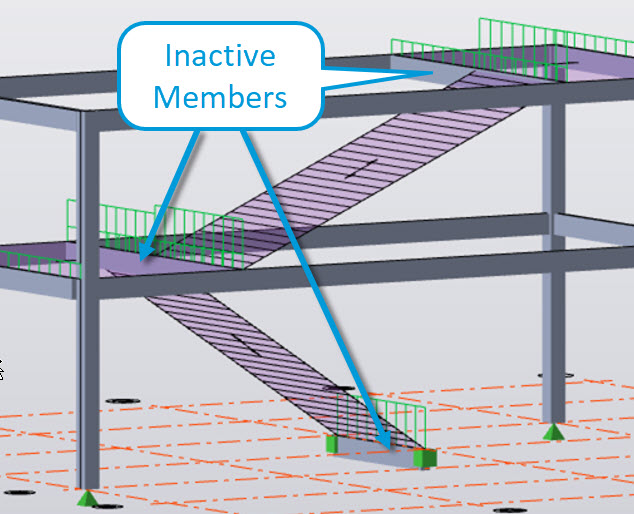