The Connection Resistance check is a quick and simple way of checking the capacity of Simple Connections in beams (major axis shear) and braces (axial compression or tension). It is a long standing feature which was enhanced in release 2018i to allow definition of any number of connection types and resistances. For the Tekla Structural Designer 2020  release it has been completely overhauled and significantly enhanced, improving the ability for engineers to identify, early in the design process, potential issues with forming standard simple connections.

Details of the enhancements are: 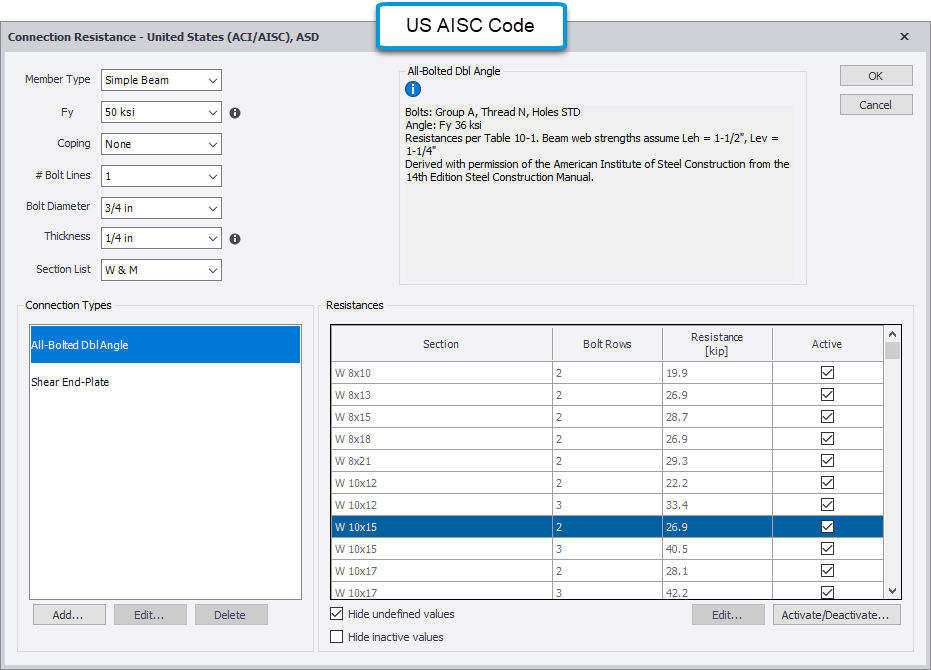 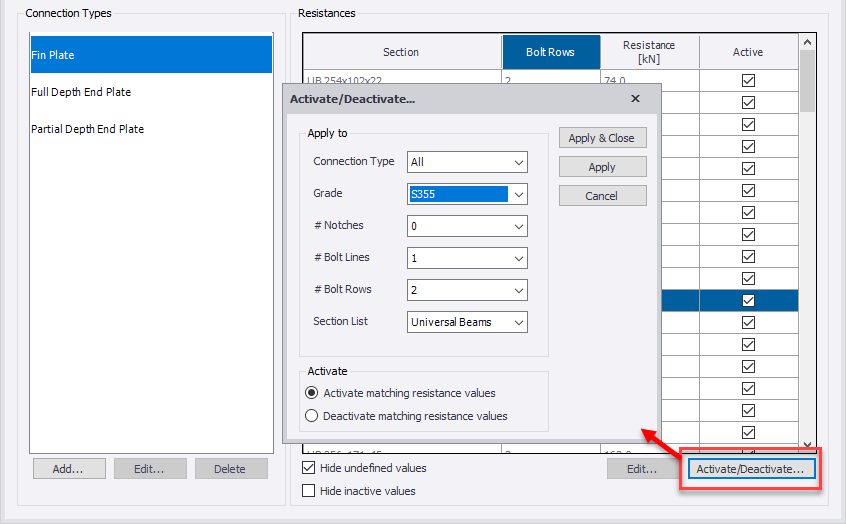