⚠  Please be aware that the  Tekla Structural Design Product Releases for 2021 and later years (comprising Tekla Structural Designer, Tekla Tedds, Tekla Portal Frame Designer and Tekla Connection Designer) include a new version of the Tekla Structural License Service incorporating Sentinel RMS version 9.7 to that of previous releases.  For Server licensing using Sentinel RMS, your License Server MUST be updated accordingly before installing the 2021 Releases (or later) on clients.  This update of the license server is not optional!  If it is not performed, server licensing will not work reliably, if at all, when the 2021 or later Releases are installed.

Note that this issue only relates to on-premises (perpetual) licenses using the Server Sentinel RMS license method - it does NOT relate to subscription licenses and Tekla Online Licensing or the Local license options.

A version of the Tekla Structural License Service which incorporates Sentinel RMS 9.7 is available now - for more information on this see the 2021 Release Installation and Licensing FAQ's page.

Please see the sections below for more information about what is happening to require this update and why.

Perpetual Licensing of the Tekla Structural Analysis & Design (A&D) programs is handled by a component called the Tekla Structural License Service (TSLS) which uses a (third-party) licensing system called Sentinel RMS produced by Thales.  This is a robust and proven system used by many software vendors throughout the world, and forms the foundation of the TSLS.  The following current A&D programs (all market versions) use this system: 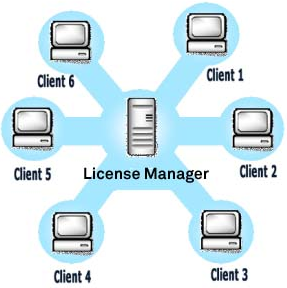 A key ‘rule’ of the Sentinel RMS system is; for a major version change (e.g. 9.5 to 9.7), the Sentinel RMS version on the server must be the same as, or newer than, that on the client. If this is NOT the case, then network communication between clients and the server will not function correctly.

When Thales releases updates to the Sentinel RMS system, and we judge it is necessary, these are then included in our releases, both in the programs (the client Sentinel RMS component) and also the TSLS (the server component). This is happening in the 2021 Releases:

Updates to Sentinel RMS are issued periodically by Thales to address known issues and ensure compatibility with the latest operating systems etc. Such updates may be minor (e.g. from 9.2.1 to 9.2.2) or major (e.g. 9.5 to 9.7).  If issues occur with the Sentinel RMS system, Thales generally require that we are using their latest version in order for them to assist us - and thereby you - most effectively.

We take the decision to update the version of Sentinel RMS used by our products when it is prudent and necessary.  This is usually the case for a major update.  We appreciate that installing updates is an overhead for our customers and so try and limit them to when only absolutely necessary - especially for license servers.  Hence we do not include every single update released by Thales in our programs.

This is a simple, quick and straightforward process.  Before you install the 2021 Releases on your clients (user’s computers), simply ensure that you first install the latest version of the Tekla Structural License Service on your License Server. That is it!

Please refer to the FAQs Page for further guidance:

Back to top
Related
Tekla Structural Design Release 2021 and later - Installation and Licensing FAQs
I cannot launch the software and/or run commands when it is open after a period of use. I see "Error 18" and/or "Error 25" displayed within the License Manager. How can I resolve this?